A new development has started in Central Manchester and Manchester Photographer was were there to photograph the Building & Construction Ground Breaking Ceremony at St John’s Quarter. Construction has begun on the new global headquarters for Booking.com’s transport division.  The site is the former home of ITV & Granada studios. 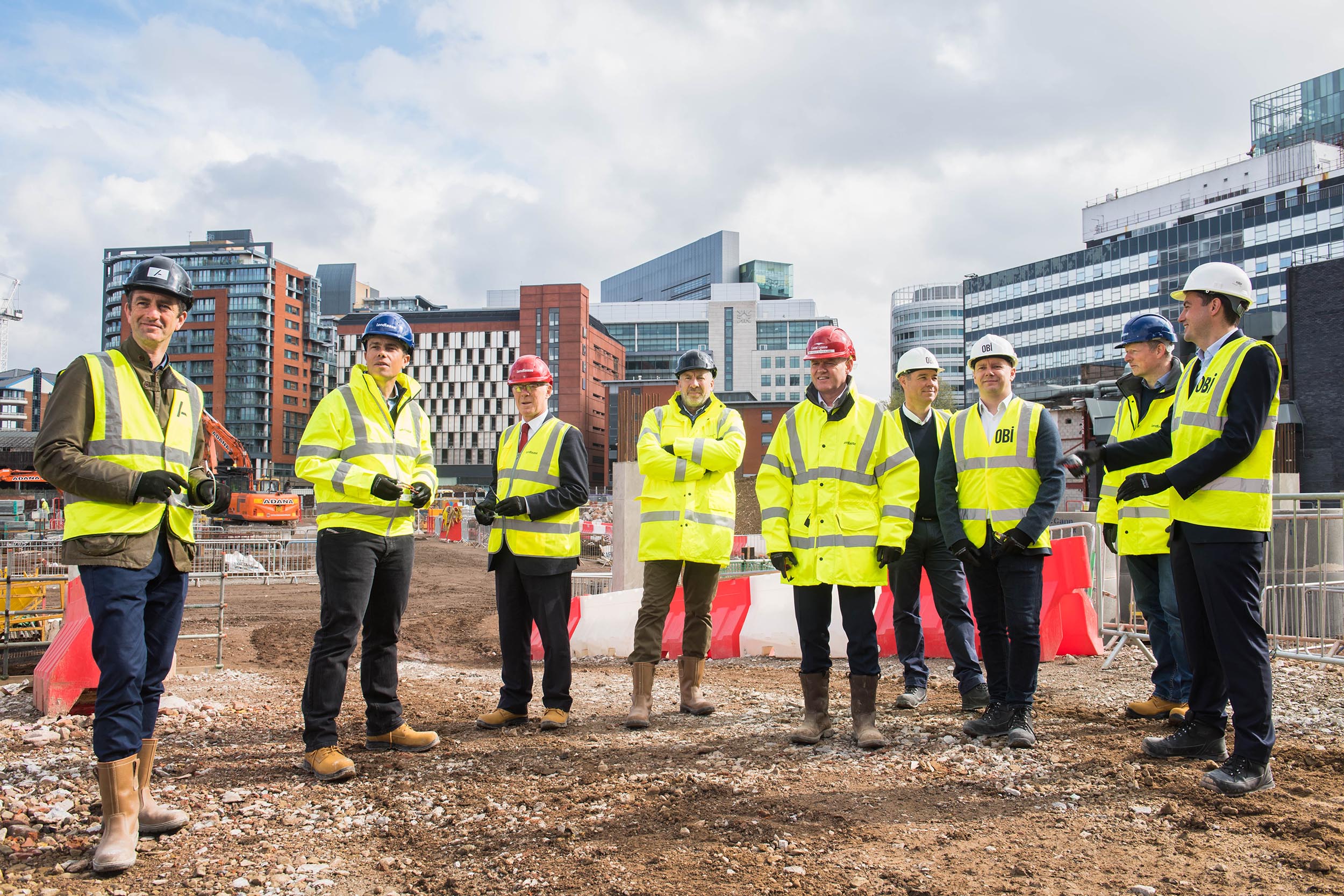 The online travel website will be based in St John’s Quarter in Manchester, taking 222,000 sq ft at Manchester Goods Yard, on a 12-year lease. 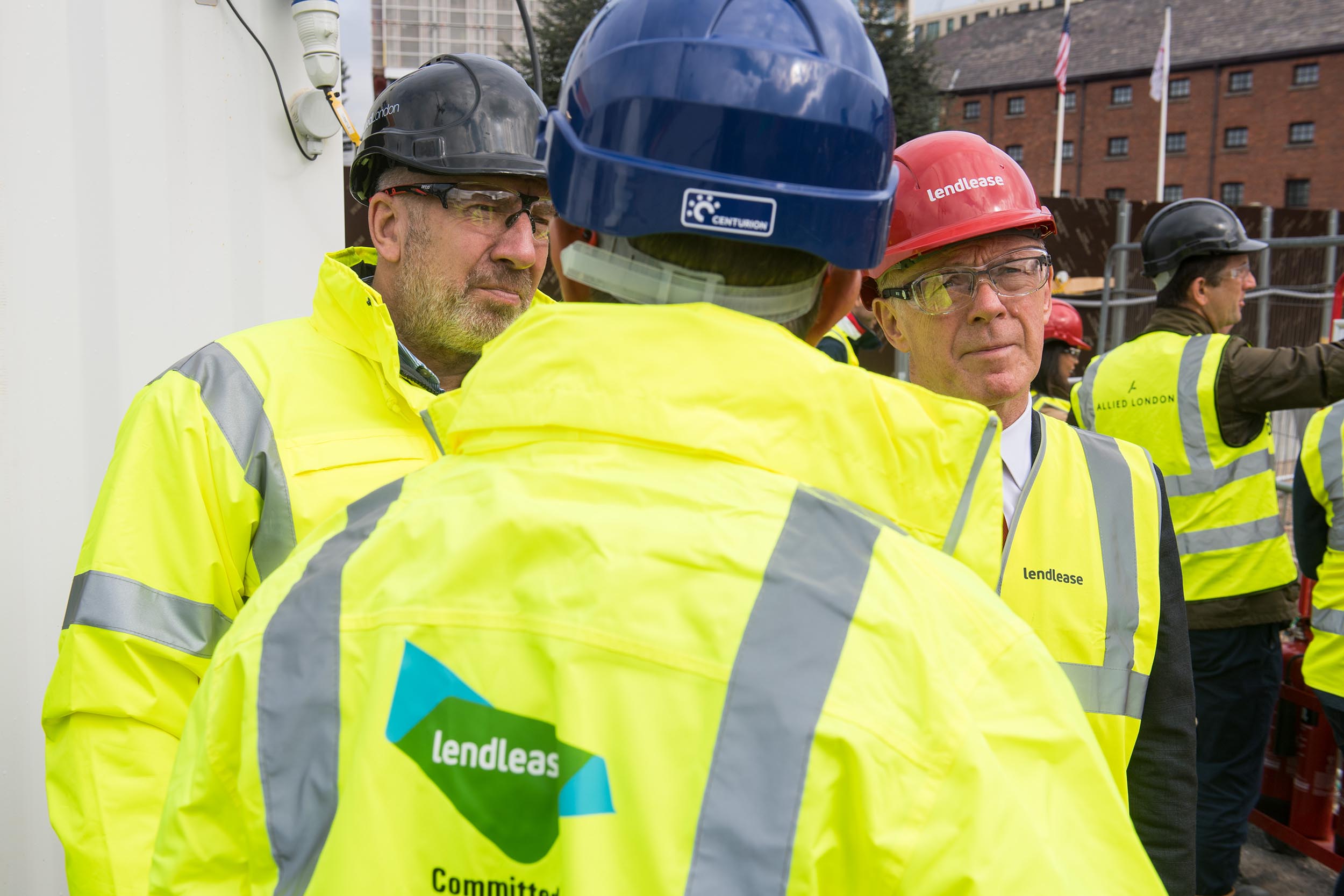 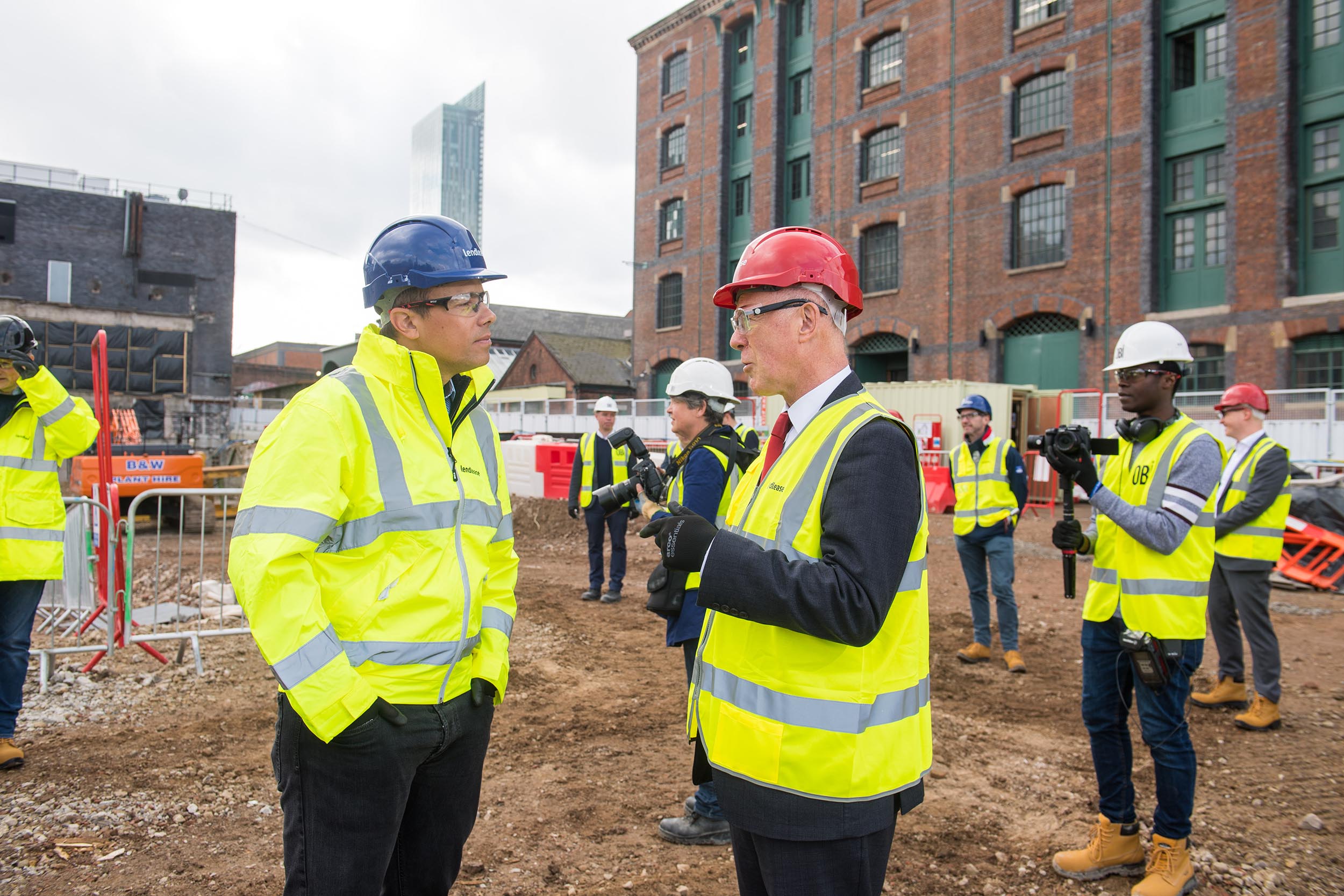 The company currently employs almost 1,900 people in Manchester and the new offices have space for up to 3,000 staff.  It is set to be completed by 2021, when it will become the firm’s largest office outside of its main headquarters in Amsterdam.  Sir Richard Leese, leader of Manchester council, attended an official groundbreaking ceremony for the building.“We are proud to have called Manchester home for the last 15 years,” he said.

Ian Brown, CEO of Booking.com’s transport division, added: “We are proud to have called Manchester home for the last 15 years.  “Manchester is one of Europe’s tech capitals and developments like Enterprise City are an important part of reinforcing that position and growing the local talent base.”

St John’s is a £1 bn development of a 6 hectare plot within central Manchester.  The site is being developed by Manchester Quays Ltd (MQL), a partnership between Manchester City Council and Allied London.

Lendlease is on board to focus on the new-build element of the 6 acre St John’s masterplan, while McLaren Construction will act as refurbishment delivery partner.

Enabling works will start in the next few weeks to prepare the way for Lendlease to start work on a landmark 52-storey tower of private flats and the Globe & Simpson work space building located next to it.

The slender residential block, designed by SimpsonHaugh & Partners, will also contain a Nadler Hotel, and restaurant.

Once built, the St John’s neighbourhood will include 3,000 homes, 600,000 sq ft of commercial space and a mix of cultural venues.