400 mile round trip down to Kent to cover a press story for Betfred, client very pleased as story was picked up by lots of national newspapers. 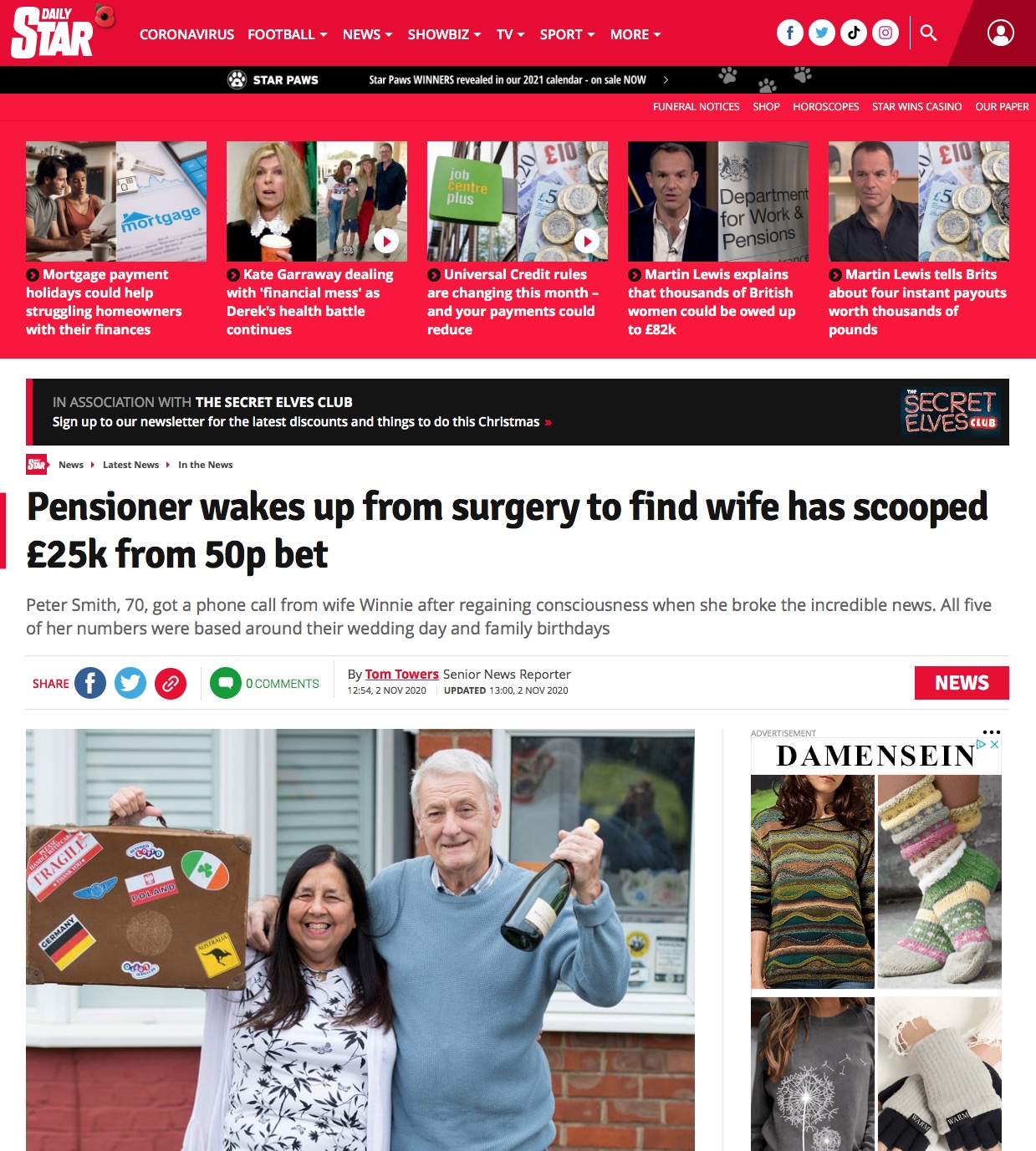 Peter Smith, 70, was rushed into theatre after suffering a heart attack – but while he was under the knife, wife Winnie heard a small wager she’d put on numbers game 49s had paid out.

Winnie, 70, said she visited her local Betfred in Sidcup, Kent and put some change on game 49s. As part of the game, six numbers, plus a bonus number known as the booster, are drawn from balls marked 1 to 49.

Winnie picked the numbers based on the couple’s wedding day and family birthdays.

Winnie said she put the bet on as usual for the Saturday draw on the Friday.

Then, in the early hours of Saturday, Peter had his heart attack – they knew what was wrong, and more or less went straight in for the operation to fit stents at King’s College Hospital at Denmark Hill. 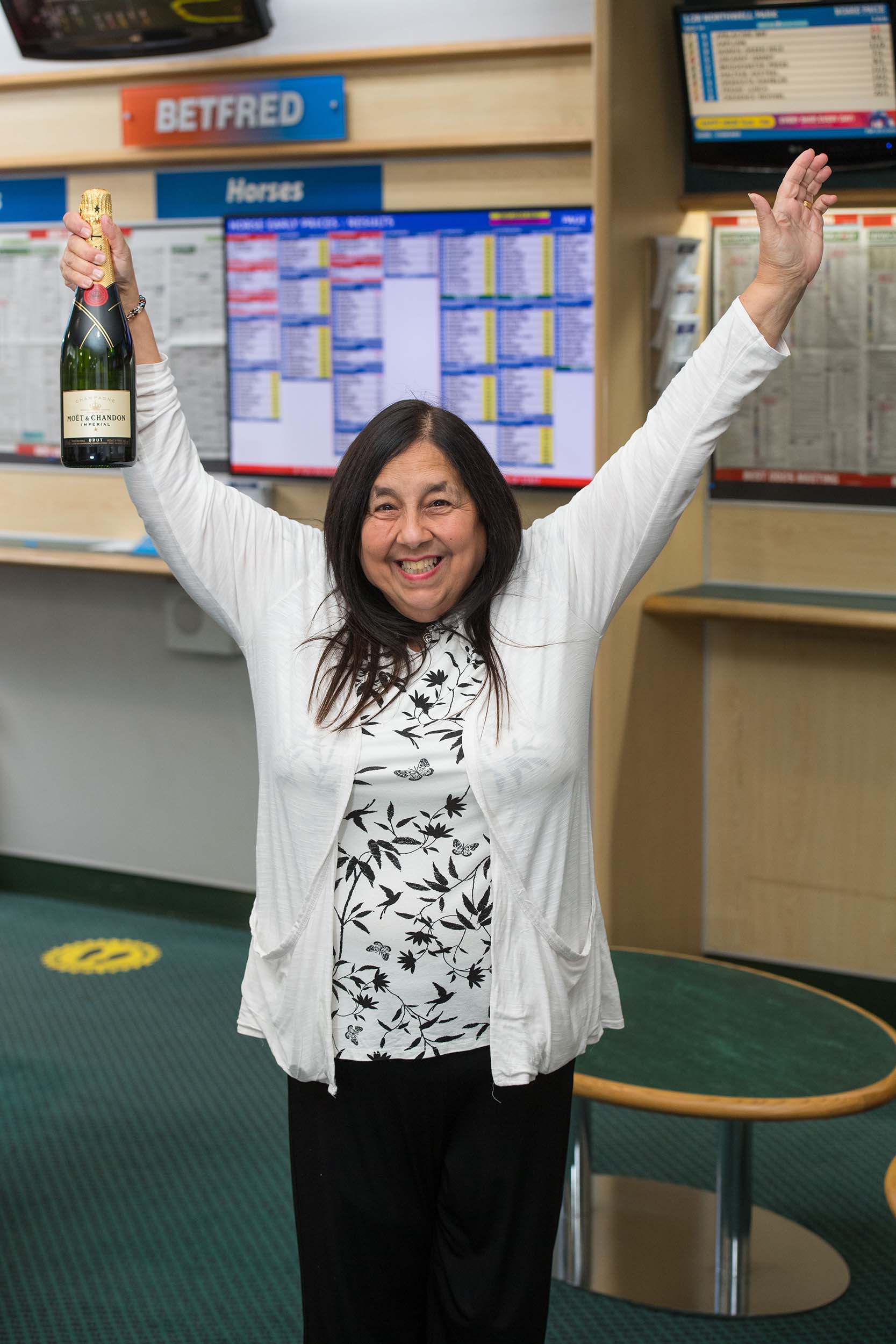 With all the Covid restrictions, she couldn’t visit him, but knew when she did speak to him by phone on the recovery ward, she would be able to cheer him up with the news that they were £25,000 better off

Winnie, a teetotaller who doesn’t smoke, says she likes to have a little flutter sometimes.

Peter- a retired carpenter said it did him a lot of good to hear their luck had turned as he lay recovering in a hospital bed.

They plan a dream holiday to the Caribbean or the Maldives to celebrate their golden wedding anniversary. 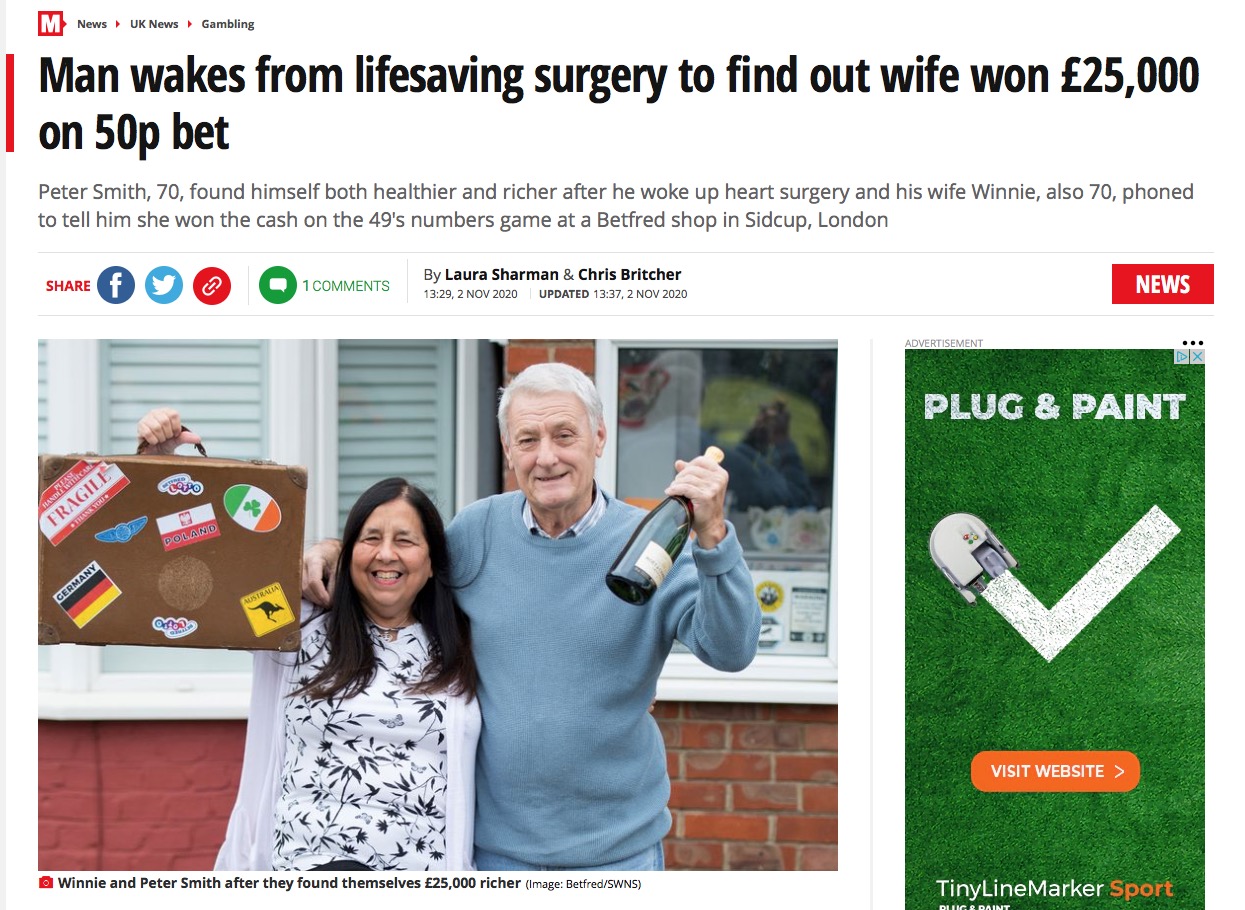